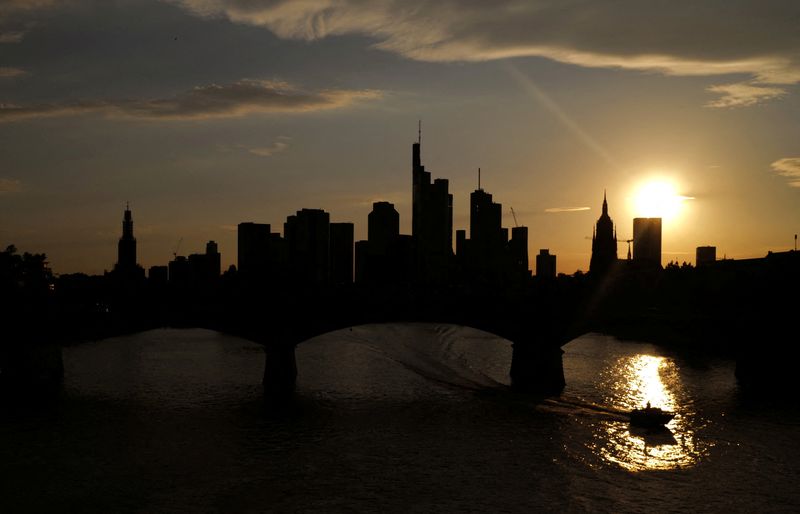 BERLIN (Reuters) -Europe’s biggest economy showed signs of brushing off its energy crisis with Russia and supply chain headwinds as German business morale rose further than expected in November, according to a survey released on Thursday.

“The recession could prove less severe than many had expected,” the Ifo institute said in a statement.

The institute reported a business climate index of 86.3, higher than analysts’ forecast of 85.0 in a Reuters poll, and following a revised reading of 84.5 in October.

The improved outlook follows unexpected economic growth in the third quarter and comes as full gas storage in Germany curb fears of a supply crunch this winter.

Nonetheless, the government is expecting a recession next year, with the economy forecast to contract by 0.4%. The government’s panel of economic advisors more recently forecast a less severe 0.2% slump in 2023.

While companies were somewhat less satisfied with their current business, Ifo said, pessimism regarding the coming months reduced sharply, with an improvement seen particularly in manufacturing.

“We are moving out of the zone of fearing collapse and into a realm of normal recession worries,” said Jens-Oliver Niklasch of the LBBW bank.

French unemployment eases back to 14-year low in third quarter