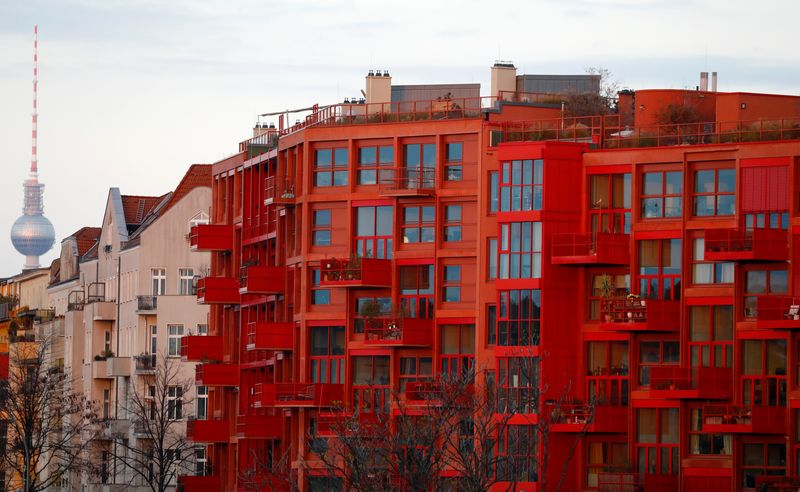 FRANKFURT (Reuters) – Risks in the German financial system are building as the economy heads for a recession and struggles with rising interest rates and sky-high energy prices, but a correction in the housing market is not imminent, the Bundesbank said on Thursday.

Europe’s largest economy has been among the top losers of Russia’s war in Ukraine because of its excessive reliance on Russian gas and the economy is now set to suffer a significant downturn starting in the fourth quarter of 2022.

Rising costs, partly a function of higher European Central Bank rates, are limiting the financial leeway of households and enterprises, and this increases future credit risk.

Still, the Bundesbank did not expect a significant correction in house prices, which were in the past seen 15% to 40% overvalued.

“On balance, house prices are still rising, albeit at a slower pace,” Bundesbank Vice President Claudia Buch said. “That said, there are no signs of a severe slump in real estate prices or of overvaluations receding.”

Despite the downturn, the Bundesbank argued that it was not yet time for the country’s financial regulator to release a so-called countercyclical capital buffer – extra capital, built up during better times, to be used up during a slump.

Extreme volatility in energy prices sharply increased the collateral requirements of central counterparties in derivatives trading but government measures cushioned the liquidity shortage and the overall supply of credit “has worked well”, it said.

Bank of Korea: will adjust policy when more certain of inflation easing

Consumer prices in Brazil rise more than expected in October