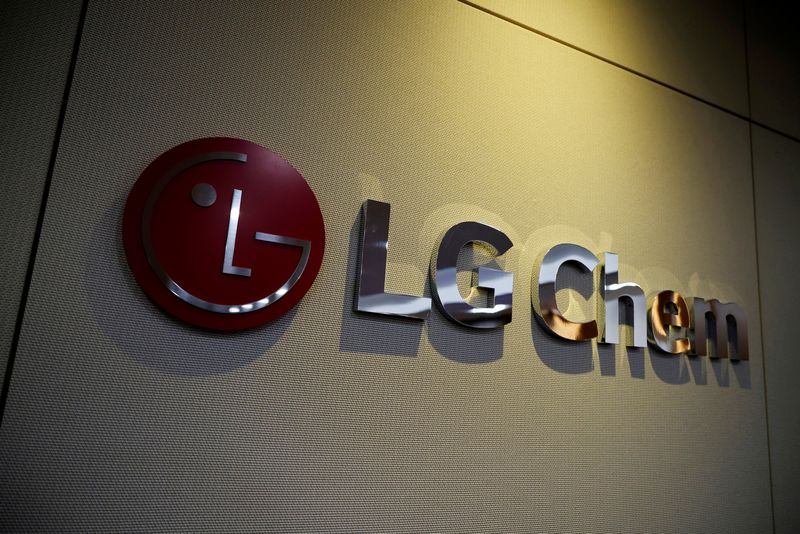 SEOUL (Reuters) -South Korea’s LG Chem Ltd said on Tuesday it will invest more than $3 billion to build a battery cathode factory in Tennessee, as it ramps up plans to meet rising demand for U.S. electric vehicle components.

It’s one of the first major EV-related investments announced by a South Korean firm in the United States since a new U.S. law was passed in August that puts automakers and battery suppliers relying heavily on China for sourcing at a cost disadvantage.

Mass production is set to start in the second half of 2025 and the plant will create more than 850 jobs, LG Chem said in a statement.

The plant is slated to have an annual production capacity of 120,000 tonnes of cathode materials by 2027, enough to power about 1.2 million electric vehicles, it added.

Its shares climbed 1.9% on the news, outperforming a 0.3% decline for the broader market.

LG Chem added that it is also pursuing cooperation with mining firms and recycling companies to better support its customers so that requirements of the new law, the Inflation Reduction Act, can be met.

LG Chem’s new plant will make cathodes for batteries with a nickel, cobalt, manganese and aluminum (NCMA) chemistry. The NCMA battery, which is about 90% nickel, allows manufacturers to reduce their reliance on expensive cobalt, and reduce their exposure to refining and processing in China.

China currently has 75% of the world’s cobalt refining capacity and 50% of the lithium processing capacity, according to Benchmark Mineral Intelligence.

GM has said it will use NCMA battery cathodes from LG Chem for a range of EVs using Ultium-branded batteries.

The Inflation Reduction Act will, among other measures, require from next year that at least 40% of the monetary value of critical minerals for batteries be from the United States or an American free-trade partner in order to qualify for U.S. tax credits. That share will rise to 80% in 2027.

Automakers such as Hyundai Motor and Kia Corp have been hit hard by the new law, which immediately ended credits for about 70% of the 72 car models that were previously eligible for EV subsidies.

It added Biden had replied that the implementation of the law should account for the contribution of South Korean investment in the U.S. economy.