Motorola Solutions (NYSE:MSI) is the remnant of what once was a mighty telecom giant. The company used to manufacture everything from cell phones to wireless equipment and semiconductors. That was before it spun-off its chip division into a separate entity, sold its wireless patent portfolio to Google (NASDAQ:GOOGL) and its wireless infrastructure business to Nokia (NYSE:NOK).

While the company used the proceeds to become a healthier and more profitable business, the stock spent over two decades below its 2000 peak. And if the Solana example wasn’t enough, here is another reason why investors must learn to avoid bubbles like the plague. Their short-term allure carries a very high risk of long-term financial ruin. 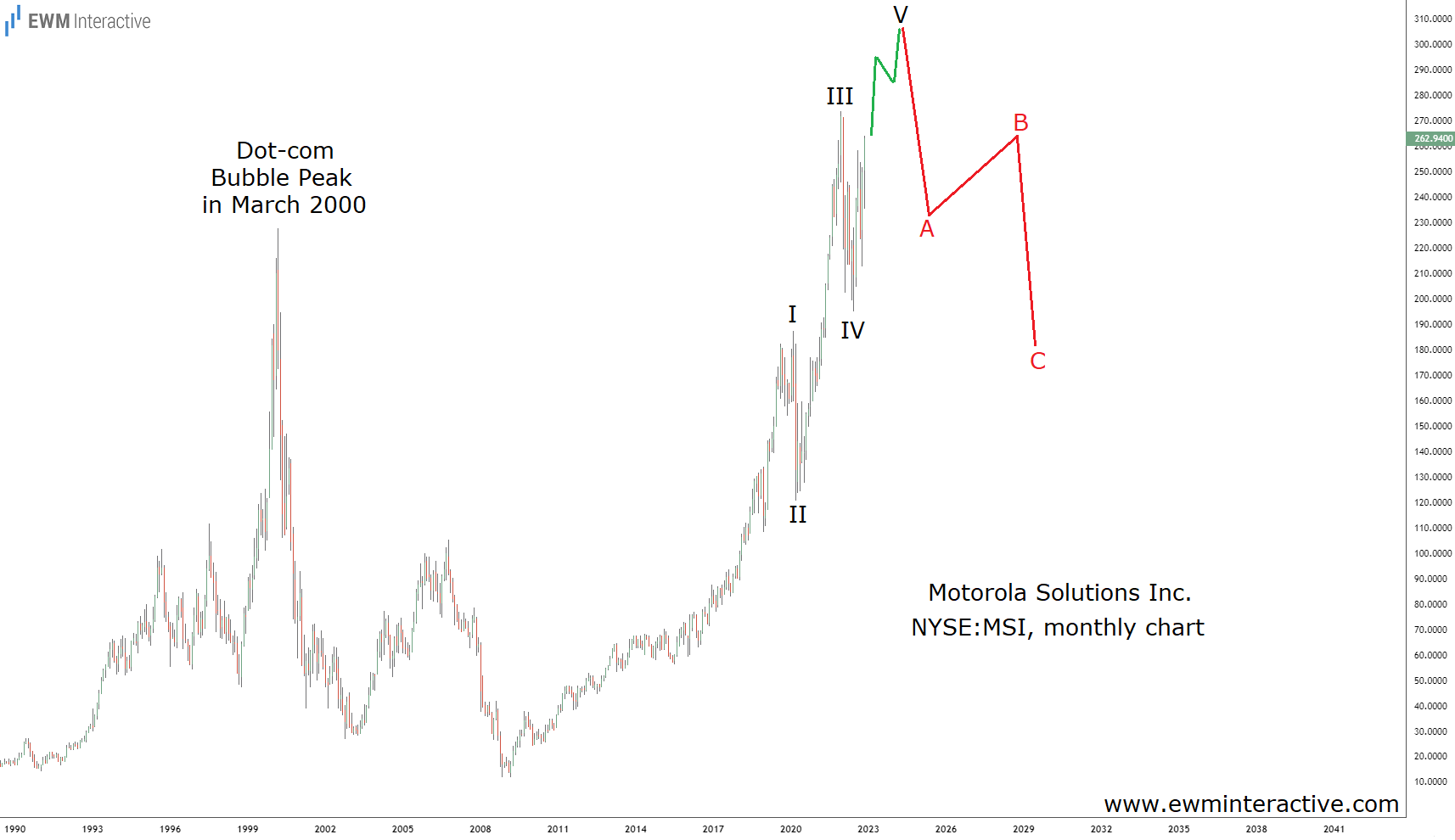 Motorola ‘s March, 2000, peak of $227.63 was followed by a devastating 94.8% crash to $11.92 by March, 2009. This is what happens when you pay hundreds of dollars for the stock of a company that makes just cents per share in annual earnings. Investors never seem to learn this lesson, though, because the next time it is a different generation which thinks that “.” It rarely is.

Motorola stock only recouped its post-2000 losses in 2021, twenty-one years later. The very fact that it managed to do so is a miracle in and of itself. Adjusted for inflation, however, 2000 investors are still under water. Those who had the courage and brains to buy in 2009, on the other hand, made a real fortune.

Alas, while Motorola is not nearly as overvalued now as it was in early-2000, no trend lasts forever. The stock trades at a forward P/E of 26, which is quite expensive for a company whose average annual growth rate gravitates around 10%. On top of that, the post-2009 uptrend looks like an almost complete five-wave impulse.

We’ve labeled the pattern I-II-III-IV-V. Since wave I is the extended one and wave III cannot be shorter that both waves I and V, it follows that wave V is doomed to be the shortest. It is still likely to exceed the peak of wave III and perhaps approach the $300 mark. Once there, however, the Elliott Wave principle suggests we should expect three-wave correction to occur.

Given Motorola ‘s valuation and the size of the impulse it corrects, we won’t be surprised to see a drop to $200 – $150. That is, unless it is “different this time” again, of course.

Value and Equal Weight ETFs Had a Strong Six Weeks