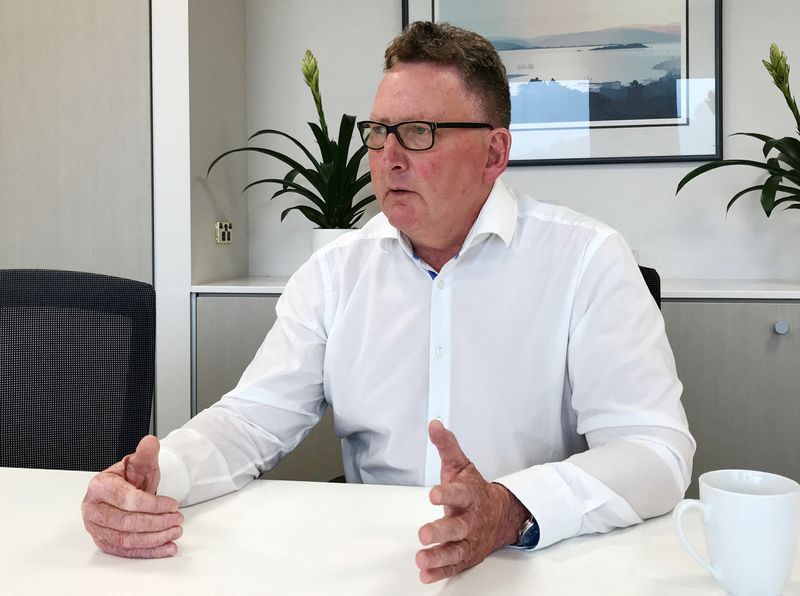 WELLINGTON (Reuters) – New Zealand’s central bank governor said on Thursday benchmark interest rates needed to go higher and the country also needed to go into recession to get spiralling inflation under control, which would mean pain for some home owners.

“We are sorry that New Zealanders are being buffeted by significant shocks and inflation is above target. As we’ve said before, inflation is no one’s friend and causes economic costs,” Reserve Bank of New Zealand (RBNZ) Governor Adrian Orr told a committee at parliament.

New Zealand’s central bank raised its official cash rate by a record 75 basis points to a near 14-year peak of 4.25% on Wednesday as it struggles to contain inflation near three-decade high. It also flagged it expects a year-long recession starting in 2023 as it pushes rates higher.

The central bank surprised the market with its hawkish tone and forecast that rates would now peak at 5.5%, compared with a previous forecast of 4.1%.

“Our biggest surprises since August has been the persistence of global inflation… and domestically we are seeing price pressure everywhere,” said Orr.

He added that the central bank committee realised it need to do more and sooner to break that spiral.

“I can say now we can all put our hands on our hearts across the committee and say we are officially contractionary with our monetary policy at this point,” he said.

Higher cash rates are increasing debt servicing costs, at a time when New Zealand house prices have fallen around 11% since their peak in November 2021.

“Some households are already bumping up against financial constraints and that’s where the banks and fiscal policy need to show concern,” Orr said.

He said there will be households that need to be talking with their banks about options such as interest only mortgages or deferred mortgages.

Exclusive: China to allow home quarantine for some infected with COVID – sources