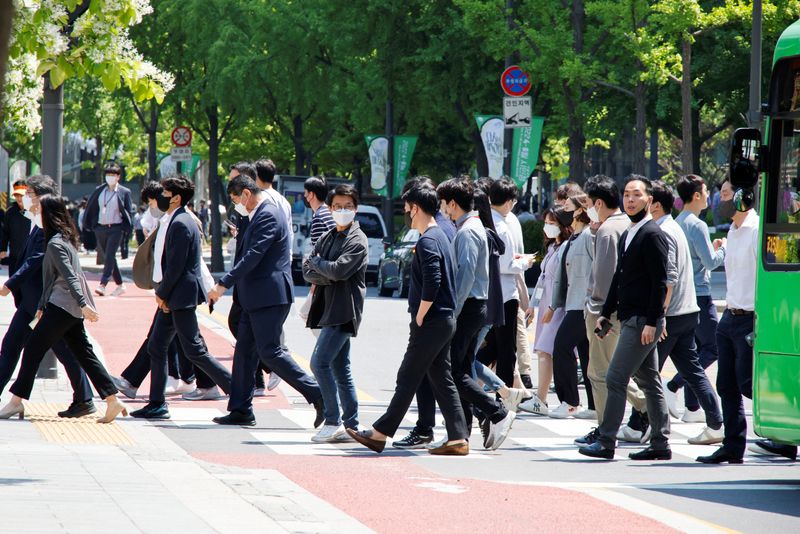 FILE PHOTO: People wear masks to prevent the spread of the coronavirus disease (COVID-19) as they walk on zebra crossing in Seoul, South Korea, May 3, 2022. REUTERS/ Heo Ran

The country’s household credit reached a record 1,870.6 trillion won ($1.38 trillion) by the end of September, up 0.1% from the preceding quarter, according to the Bank of Korea.

The third-quarter household credit was 1.4% higher than a year earlier, but lower than the 3.2% annual rise at the end of the second quarter. It was the smallest annual gain since the data set began in the fourth quarter of 2002.

South Korea’s central bank has raised interest rates by a total of 250 basis points (bp) since August 2021 from a record low of 0.50%. It is expected to deliver another 25-bp rate hike on Thursday, bringing rates to the highest level since 2012.