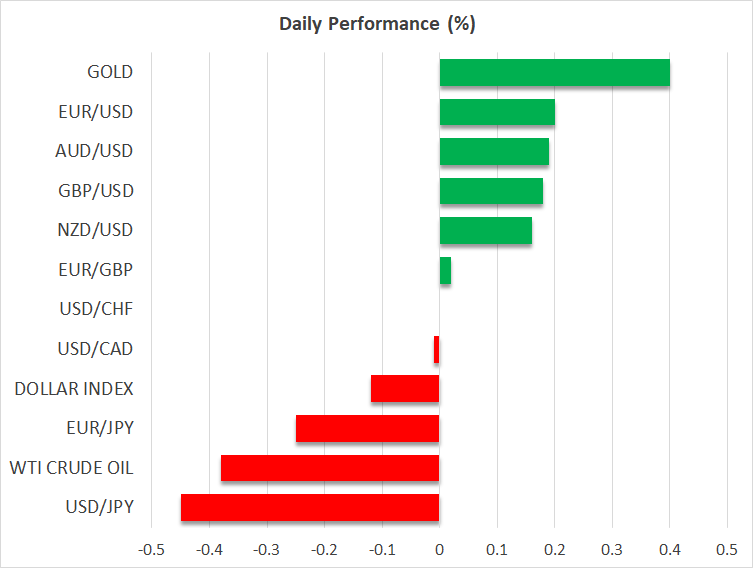 The US dollar extended its slide yesterday and kept drifting south during the Asian session today, with investors liquidating more of their long positions after the Fed released the minutes of its latest gathering.

The minutes revealed that policymakers largely agreed that smaller rate increases may be warranted henceforth as the economy adjusted to more expensive credit. However, what may have constituted a more important piece of information were the increasing concerns about overshooting. Participants emphasized that the terminal interest rate level and the evolution of monetary policy thereafter had become more important considerations than the pace.

With Fed Chair Powell noting at the press conference that it is very premature to be thinking about pausing, the aforementioned revelation suggests that not all members are holding a view as hawkish as their Chief. What’s more, the fact that the discussion took place prior to data revealing a larger-than-expected slowdown in inflation may have added some credence to market participants’ bets of nearly two quarter-point rate cuts by the end of 2023, despite several policymakers pushing back against an imminent pivot, even in the aftermath of the inflation data.

The greenback may continue to fall for a while longer, especially with the S&P Global PMIs sliding further below the boom-or-bust zone of 50 and marking the fifth straight month of contraction. Nonetheless, the prospect of a full-scale bearish reversal likely remains premature. A more determining event on whether the correction is over, or a bearish reversal looms, may be the December FOMC gathering; not the rate decision per se, but the accompanying language, as well as the Committee’s updated economic projections.

Wall Street trades in the green ahead of Thanksgiving
Stock investors cheered the outcome of the minutes, with all three of Wall Street’s main indices closing the day before Thanksgiving in the green. The rate-sensitive Nasdaq gained the most, adding 1% to Tuesday’s rebound on hopes that interest rates will not weigh on valuations as much as was expected a month ago.

Yet, a bullish reversal in stocks is also off the cards for now. While investors pay more attention to the slowdown signals by the Fed, other major central banks have already eased their tightening efforts, with the relative comparison keeping the Fed among the most hawkish Banks. Adding to that, although weak US data enhance the notion of a slower rate path hereafter, a damaged economy is far from a positive development for the stock market. Thus, in case the outlook deteriorates further, the market impact of weak data on equities may well change.

Wall Street will stay closed today due to the Thanksgiving holiday.

Oil prices slide more than 4% as G7 nations consider price cap
Oil prices came under renewed selling pressure yesterday, despite the improvement in the broader market sentiment after the FOMC meeting minutes. Investors of the black gold placed more emphasis on reports saying that the Group of Seven (G7) nations considered imposing a price cap on Russian oil above current levels, while US data showed a larger-than-expected build in gasoline inventories. Both Brent and WTI crude prices fell more than 4%, getting again closer to their September lows of $82.50 and $76.00, respectively. WTI broke briefly lower, and Brent touched its September low on Monday, but they were both quick to recover.

The news comes on top of worries about demand, especially from China, the world’s second largest economy and top oil importer, where a resurgence of COVID cases led to more restrictive measures. The willingness of China’s cabinet to cut banks’ reserve requirement ratio (RRR) may delay a clear break below the aforementioned key support zones, but with hopes for a reopening from COVID lockdowns vanishing, a case where the economy gets out of the woods soon remains unlikely. Therefore, it may be a matter of time before we see oil prices extending their slide beyond their September lows. 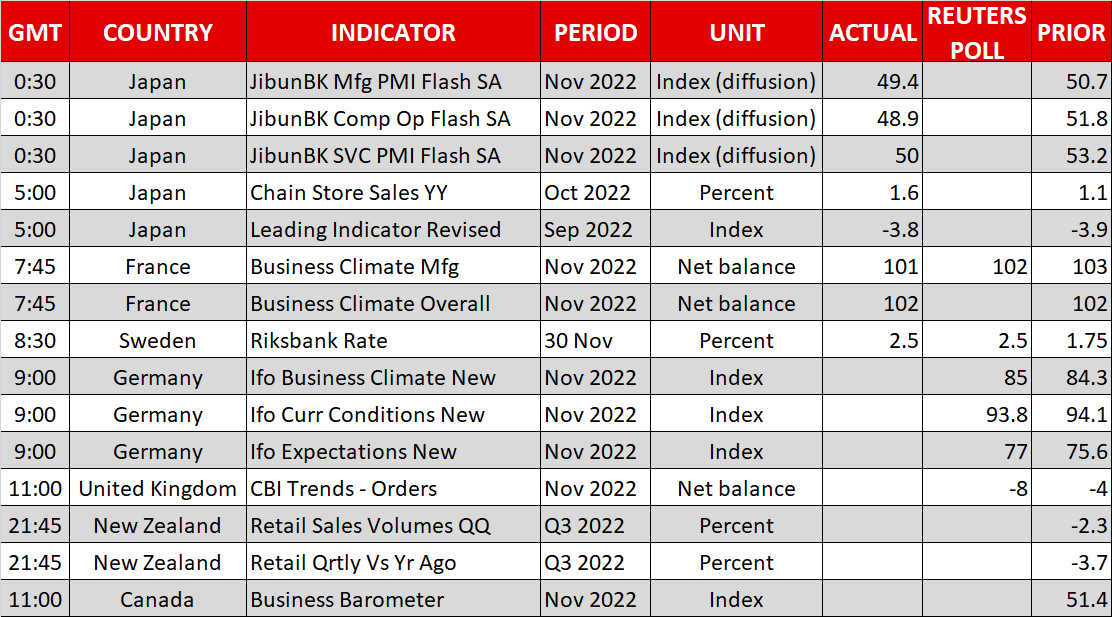 Diversifying With Gold, Bitcoin And Other Decentralized Assets