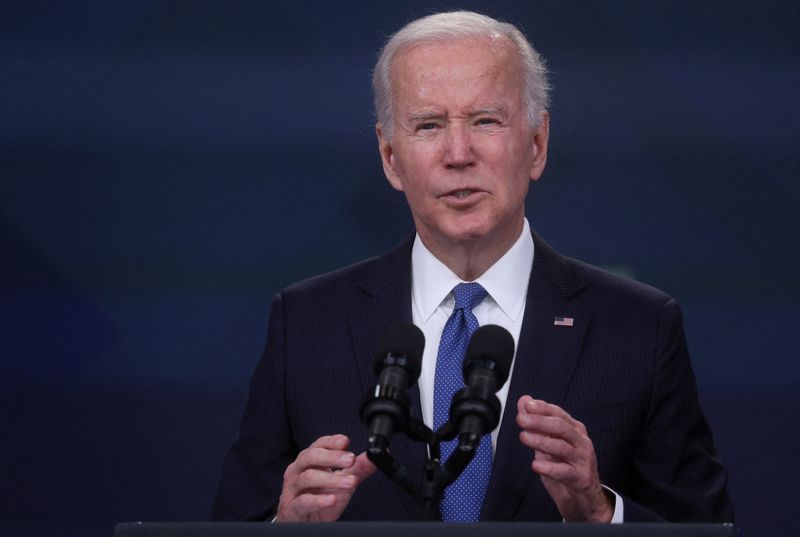 NANTUCKET, Mass. (Reuters) -U.S. President Joe Biden said on Thursday that price caps on Russian oil being proposed under the Group of Seven nations (G7) scheme were in play, adding that he had spoken to Treasury Secretary Janet Yellen on the issue.

“Yes, it’s in play,” Biden told reporters during a Thanksgiving holiday visit to a fire station on Nantucket Island.

European Union governments were set to resume talks on Thursday evening or Friday after failing to reach a deal on Wednesday on the level to cap prices for Russian sea-born oil.

The Biden administration sees the price cap as a way to cut oil revenues for Russia, a major source of its funding for its war against Ukraine, while keeping Russian oil flowing and avoiding price spikes.

The G7, including the United States, as well as the whole of the European Union and Australia, are set to implement the price cap on sea-borne exports of Russian oil on Dec. 5.

Some 70%-85% of Russia’s crude exports are carried by tankers rather than pipelines. The idea of the price cap is to prohibit shipping, insurance and re-insurance companies from handling cargos of Russian crude around the globe, unless it is sold for no more than the price set by the G7 and its allies.